King stuns in An Impending Rupture of the Belly

Posted on May 18, 2011 by Tiffanny Junee Leave a comment
It’s not often I venture away from the books at the moment – such is the joy of being elbow deep in research. However, when I heard Juilliard graduate Stephen James King was supporting the local community theatre scene on his return from the US, trekking to Newtown was a no brainer. 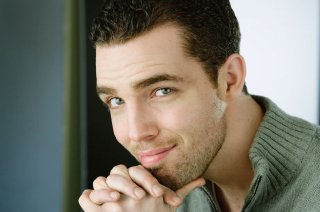 In what proved to be a robust and surprisingly funny script – not what I was expecting from a piece titled An Impending Rupture of the Belly – strong performances were a feature of the evening, King was a stand out.
On stage for the full 90 minutes, the awkward pleasures and pains of King’s character were artfully portayed – in a performance more suited to the Sydney or New York Theatre Companies. Not a huge surprise considering we are talking about the man who played King Lear in Juilliard’s King Lear.

One of the highlights of the evening for me, came in the knowledge that someone of King’s international standing supports the local Sydney theatre scene with a dedicated performance at Newtown Theatre.
So if your idea of a good night at the theatre includes talent, timing and great storytelling, don’t miss the opportunity to be artfully engrossed in King’s world: An Impending Rupture of the Belly.